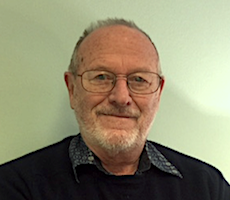 has been a practicing therapist for nearly 40 years. He received his Master’s Degree in Social Work from the University of Michigan in 1971. He has been a “general practitioner” since that time, working with individuals of all ages, couples, families, and children. He has given numerous presentations and led dozens of workshops on personal growth and development. He is qualified to teach the MBTI (Myers-Briggs Type Indicator). Michael has focussed on men’s work and on teaching couples more effective ways of communicating. He’s received training in Gestalt Therapy and has studied Native American Medicine Wheel teachings. He’s been a member of an ongoing men’s group with gay and straight members for over thirty years.

His passions include doing artwork (wood constructions and sculptures), spending time with his two children and three grandchildren, hiking, being at his woodland cabin, reading, socializing with friends, and meditating.

Michael works out of our Ann Arbor office.

To make an appointment with Michael, call (734) 805-9146, or send an email to: info@relationship-institute.com